When City College men’s soccer team’s head coach Roberto Ignaccolo arrived back on campus, his team’s loss to Hunter College wasn’t the only thing aching his heart. Ignaccolo was looking far ahead into the end of the season, which includes the departure of eight out of his 11 starters. “The thing about this job is you fall in love with the human being, not the player,” Ignaccolo said with a cracking voice and tears welling in his eyes.

“It’s four years so you fall in love with them, you’re happy for them in their progress in society and in life where you anticipate how they’re going to contribute positively to this world because you recognized it in their character. But selfishly you never want to see them leave because they take a part of you.”

The 57-year-old coach won the CUNYAC championship alongside the departing seniors last year, made it to the final with three of them in 2013. He helped CCNY reach a total of 16 points, the most regular-season points since 2007. 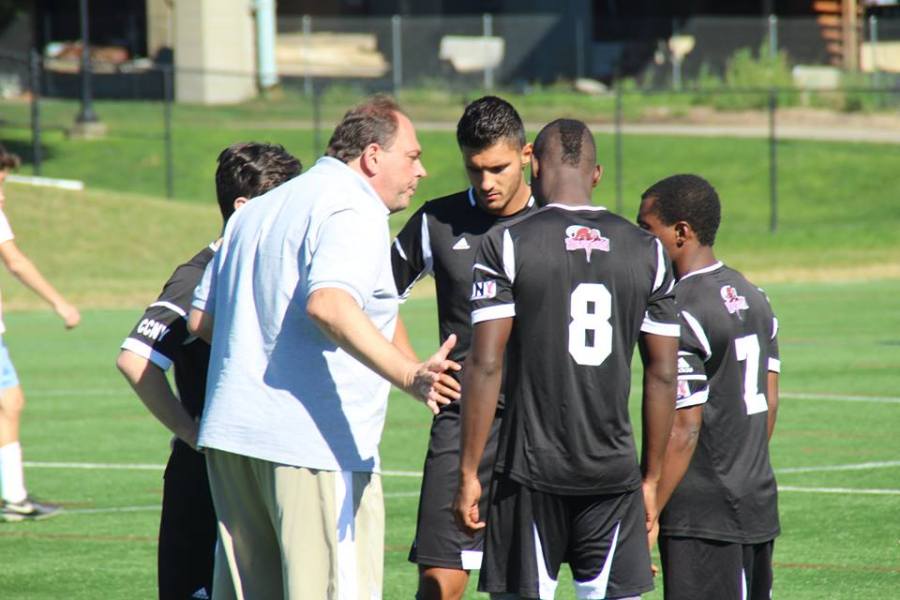 The future graduates scored 70 percent of the Beavers’ goal so far this season.

As Haider walked off Randall’s Island Field 70, he reflected upon the years he has spent with the other seniors, and expressed his sadness at the upcoming seperation. “[We’re] very close,” the defender said. “We all started together at the same time so it’s going to be tough for us leaving. It’s like a family basically so it’s hard to say bye to soccer and to City College.”

Even after losing eight starters, CCNY will still have 22 players remaining from their current roster, pending no other players leave.However their playing experience is very limited. Only three of them have started more than five games. Ignaccolo understands the need to build his players for next year.

Coach Ignaccolo also plans to recruit freshmen during the offseason to improve his roster. “We’ve got to bring in five or six quality freshmen to learn,” he said. But we’re definitely going to lose the experience, you cannot replace playing.”

CCNY won’t have any seniors next season. Sophomore Christopher Lavelle will be the most experienced player, making him a strong candidate for captain. Lavelle hopes his team will put the seniors’ departure behind them next season, and focus on building a new team.

“I know that we are losing a lot of players and a lot of leaders,” the midfielder said. “But we need to just concentrate on our goals and the team that we will have. It is really important for a team to move on and form a new core for the future.”

The Beavers playoff run starts on Wednesday, taking on Baruch College at 3:00 p.m. at Randall’s Island in the quarterfinals. Haider’s eyes beamed at the thought of leaving the school as champions.

“Oh, it would be like a perfect scenario that’s what we’re looking forward to,” the defender said. “Hopefully me and the other seniors go out as champions.”